295 reasons to have your allergies tested

NHS data says 1 in 4 people have allergies, but London Medical Laboratory’s Allergy Complete test results reveal its closer to 1 in 3. We all know common allergies such as dust mites, pollen, pets and wasp stings, but what about latex, mealworms, camels’ milk or cannabis? It’s best to find out what might give you a severe allergic reaction before you have an attack.
It’s always been assumed that around 1 in 4 of us will be affected by allergies at some point in our lives. That’s the figure quoted by the NHS and many other health organisations. However, our popular new Allergy Complete test shows almost 1 in 3 people are now showing potentially severe allergies – 32% more than previous estimates.

With most allergies, the first exposure sensitises your body to a particular allergen, so that the second time you come into contact with particular pollens or are stung, for example, the reaction could be far worse. Our Allergy Complete blood test, the most comprehensive allergy test in the UK, grades people’s reactions to many common and less familiar potential allergens from 0 to 4. A level 4 result indicates high sensitisation has taken place, which could prompt a reaction such as an asthma attack or anaphylactic shock if you are exposed to the substance again.

Our test results are showing a higher number of level 4 results than previous official figures would lead us to expect. This aligns with recent findings from the Natasha Allergy Research Foundation, which shows the number of people living with allergies in the UK is rising by 5% every year.

Did you know that you can become sensitised to a food or other substance that you have had many times before? In fact, recent data from the US showed nearly 52% of people with food allergies developed them after the age of 18. Shellfish were the most frequent cause of new adult allergies.

Scientists are still unsure of the exact reason. Part of the cause might be the globalisation of the food industry. For example, the prawns we ate in those 1970’s and 80’s prawn cocktails are a different species from the Vietnamese tiger prawns popular today. We recently informed one client she had become sensitised to peaches, a fruit she regularly enjoyed. That meant, if she ate one in the future, it could trigger an anaphylactic shock. Though met with surprise, this was confirmed by further testing. 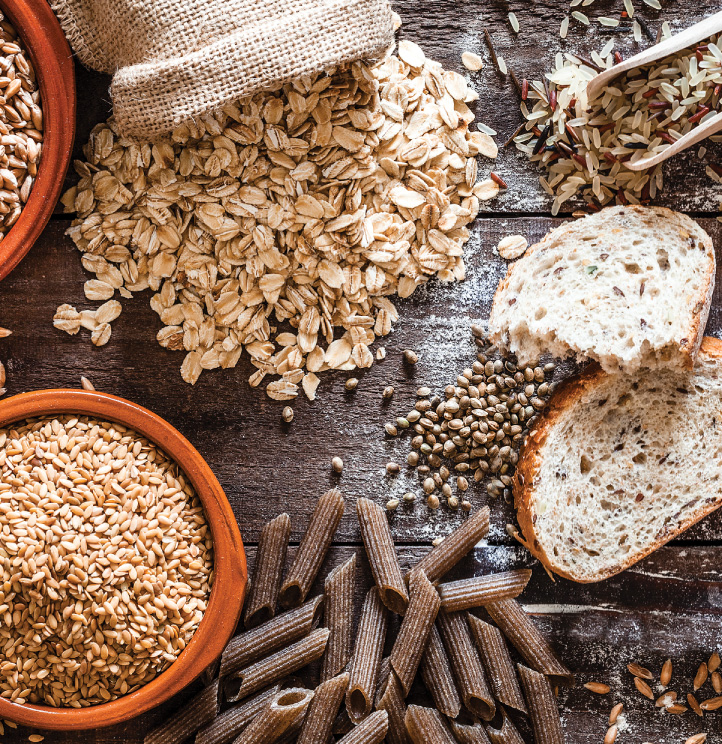 The common, and the not-so-common

We test for 295 different potential allergens. Our test covers all the expected potential causes, such as dust mites, pet fur, eggs, pollen, nuts, shellfish and bee stings. However, it also tests for many other allergens people are becoming increasingly exposed to, because of global warming and increased foreign travel.

For example, did you know that you might be allergic to camels’ milk? Right now, that may not be a problem for you, but it’s set to rise in popularity as camels’ milk has more vitamins and minerals than cows’ milk and has been shown to lower blood sugar and insulin levels, ideal for diabetics. It can trigger severe reactions though, which is why it’s something we check. Similarly, as the world tries to grow greener, there is an increased emphasis on easting less meat. Food scientists are investigating a far more compact, protein-rich source of food – insects. For example, crickets are superfoods of the near future, containing 12 times more protein than beef. Unfortunately, though crickets and mealworms may be staple foods one day, our tests are detecting quite high sensitisation levels among people who have tried them once.

And, as the average UK temperature rises, new species of plants, grasses and trees are taking root here. These bring with them new pollens. We will have to get used to a wider variety of insects in the future as well. For example, the first colony of paper wasps was found in Warwickshire in 2019. These usually live in southern Europe, where it is far warmer. The venom in their sting is a known trigger of allergic reactions.

Allergy UK says children are at particular risk of some allergies, such as reactions to food. Between 6 and 8% of children are thought to have food allergies, compared with less than 3% of adults.

The foods that can prompt a reaction may be unexpected. That’s why schools are always asking if our children have any particular allergies. Some children (and adults) can be allergic to common foods such as mustard, parsley, carrots or kiwi. The good news is that children may actually grow out of some allergies, especially those to egg, milk and wheat. For peace of mind, and to ensure your child’s school has all the information they need, it might be worth considering testing your children for potential allergies.


How to react to a reaction

If your test does reveal a strong reaction, there are several steps that you can take to ensure accidental contact with a severe allergen – whether a food, a particular protein type or an insect sting – can be successfully managed.

Anyone discovering that they are at risk of a severe reaction will need to inform their doctor. They will probably be prescribed a pre-loaded adrenaline injection device such as an EpiPen.

If you are concerned about your future reaction to a sting, certain foods or pollens, London Medical Laboratory’s Allergy Complete test is highly accurate, quick and simple to carry out, either at home through the post, or at one of the many drop-in clinics that offer this test across London, the southeast and selected pharmacies and health stores.
Share